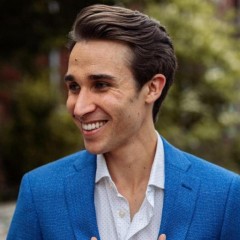 You know Instagram is one of the most powerful social media platforms for growing sales, increasing profits, and building relationships with customers. But maybe you didn’t expect that growing your account would be this difficult. You post and post, but your growth has stalled—or maybe you can’t even get your first 1,000 followers.

Here’s the good news: there is a way to break the slump and turn your slow growth around. In fact, if you follow the simple advice in this post, you’ll have a turnaround plan.

Now, will you get that many overnight? Of course not! But over the years, Foundr CEO Nathan Chan has discovered the biggest reasons Instagram accounts lose momentum and figured out ways to counter these problems.

After growing the Founder Instagram account to over 1.8 million subscribers, he’s learned what works (and what doesn’t) when it comes to getting more followers, likes, and engaged customers using Instagram. And in this post, Nathan’s unpacking the top three Instagram growth-killers—reasons your account’s growth has stalled—and more importantly, what you can do about it. Check out the video and we’ll get into the details below. Jerry Seinfeld is one of the most prolific comedians of all time. Not only did he create and star in one of the most popular shows in TV history, but in 2017, he was ranked by Forbes as the highest-paid comedian, decades after he stopped working on the show. Today his net worth is approaching $1 billion.

But what does making a fortune as a comedian have to do with growing your Instagram account?

Well, there’s a famous story about a piece of advice Seinfeld gave to a young comedian that sheds some light on how he was able to build such an incredible career. And you can use it to succeed on Instagram, too.

When asked how to make it as a young comic, Seinfeld told him the advice was so simple that he’d be tempted to not do it, but promised it would change his life.

Seinfeld told him to get a big calendar and red marker and then put an X over every day that you work on writing new jokes.

The goal is to create a chain of red Xs on the calendar, and no matter what—never break the chain.

While Seinfeld used this technique to get better at comedy, it can actually be applied to so many other areas of life, and many people have adapted it as a productivity tool since that story emerged.

As Nathan points out in the video, lots of people make the mistake of setting up an Instagram account and immediately expecting results. But the key to success—as a comedian and an Instagrammer—is showing up every day and putting in consistent effort.

Over the years, Nathan has learned that this is the single biggest key to growing your Instagram account. Anyone who ignores this advice is doomed to fail before they even start. Often, people come to him concerned about their stalled progress, and he quickly notices they haven’t posted for days and have never once commented on other posts.

This holds so many would-be Instagram success stories back.

The truth is, if you want to make it on Instagram and grow your following, you have to commit to being there every day.

The reasons go beyond just posting content for the sake of posting.

If you don’t think that’s fair, consider it from the platform’s perspective: If you only post one or two times a day, why would they want to put you at the top of a newsfeed or place your content in the first few stories? You have to build up some consistency before your content can be engineered to spread.

Nathan points out that this can be incredibly frustrating to people when they’re first starting out. Because nobody wants to put in a ton of work, only to see little or no payoff. But this is something all accounts have to go through, a painful period where you’re putting in a lot and getting back very little.

Even Foundr struggled with this in the beginning.

When Nathan was working to get the brand off the ground, it took months of posting and sharing before the results started to really compound. Foundr now posts 8-10 times a day on its Instagram account. And has over 1.8 million followers.

And it never would have happened had he given up in the early days.

Take Jerry Seinfield up on his advice and just try to post one time per day, and do your best to never break the chain. Once you get a long enough streak going, then you can ramp up to posting multiple times a day. But all you want to go for in the beginning is consistency.

You wouldn’t expect overnight results in the gym. It takes months of hard work before you really see the payoff. But once you get there, victory is oh so sweet. Instagram works the same way. One of the key principles Foundr always emphasizes is the importance of learning from the successes and failures of others. In other words, don’t try to reinvent the wheel.

Do your best to follow in other people’s footsteps and it will take you much further and help you avoid more mistakes than you would if you tried to figure everything out on your own.

When it comes to many areas of life, people intuitively understand this fact. If I want to get fit, I should do what fit people do.

But when it comes to Instagram, Nathan says so many people make the major mistake of completely ignoring this. They put all their time and energy into creating brand new content that’s never been tested. And they set themselves back years in the process.

A better strategy is to model content that’s already successful.

So if you see that a quote post that gets 9,000+ likes and another one gets 2,000, use that difference as a clue for the type of content you should create and model. There’s so much you can learn just from paying attention to other accounts. You should never be guessing and creating content that you hope will work, especially in the beginning.

When Foundr was first getting started, Nathan would make it a regular practice to go through accounts that had many times more followers than he did.

His goal was to find which posts got the most engagement and then share those pieces with the most virality. That way he was posting content he knew would attract interest, resonate with his audience, and get shared. As you figure out your strategy, you can start to emulate the accounts you like, although with your own unique perspective.

If you’re not modeling bigger accounts and resharing what works, you’re leaving lots of followers and fans on the table.

Side note: Make sure you have the creator’s permission before reposting and always credit them for their work. You don’t want to put your account and reputation at risk by plagiarizing. Modeling is not stealing!

Reason #3: You’re Not Paying Attention to the Data The last big thing Nathan sees slowing down the growth of Instagram accounts is not paying attention to the data about how good your content actually is.

A lot of people create content in a vacuum, and keep trying to post things that they want their audiences to like. But the better strategy is to post more of what your audience actually engages with. This means watching the numbers and learning from them.

So if you notice that posting images of a person using a product gets way more likes and comments than just a plain picture of the product itself, you can’t ignore that fact. That’s a signal that’s pointing you in the direction of the type of content your audience wants more of.

Or if you notice that your audience loves asking questions or voting on your stories, don’t just keep doing something else. Do more of what works! In fact, it’s better to double down on what’s working than to try and convince your audience of what they should want.

When Foundr was getting its start, Nathan noticed quote posts did really well. People would leave comments about how Foundr’s quotes inspired them to push harder in their business or leave their day job.

So Nathan doubled down on that type of content. And to this day, one of the biggest reasons that so many entrepreneurs follow the account is for the motivational quotes.

But Nathan would have never figured that out had he created posts in a vacuum. He had to listen to the people and look at the data to know what it took to succeed.

I can verify that this works, too. One of the most common questions people asked me for years was, “Hey Rob, can you share more about how you get freelance clients?”

And for months, I just ignored it. Then a few weeks ago, I decided to poll my audience and ask if they wanted me to talk more about this topic. It turned into the most popular thing I ever shared on LinkedIn, getting 60+likes. And more importantly, it told me my audience definitely wants to hear more about this. I’m probably going to create a paid product around this idea later this year, based around what I learned from paying attention to what people want.

The point is, if I would have kept ignoring my audience and doing what I wanted instead of responding to what they told me they wanted, I would have never known just how much people wanted me to talk about this.

Now that was LinkedIn, but the same principle applies to Instagram. Ask what they want to know more about. Pay attention to the numbers and your engagement and double down on what works.

If you respond to what your people show you they want to hear from you, you will turn your slow growth around.

Avoid These Growth-Killers and Success Awaits

Sometimes avoiding mistakes is just as important as doing the right things. As it turns out, if your growth has slowed on Instagram, you might not need another tactic. You might just need to avoid these growth-killers that set so many people back.

At Foundr, we’ve learned consistency, modeling, and paying attention to the data to be the keys to success. In fact, we still use them to this day to grow the account and prevent slow downs.  Our account keeps growing, so you better believe that they can work for you.

Don’t fall into the trap of believing that if your growth has slowed, you can’t turn it around. You can. And you can do it in a big way.

What tactics have you found most helpful for turning your Instagram growth around? Let us know in the comments!