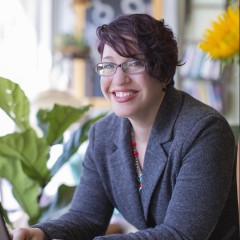 The Rise of the Instagram Micro-Influencer: How To Use Small Followings For Giant Marketing Wins

Micro-influencer. It sounds like medical terminology (“I’m sorry to tell you this, Mr. Peterson, but you have a case of treatment-resistant micro-influencers”) or the latest breakthrough in skincare products (“The micro-influencers go deep into your pores for a radiant shine!”).

But the micro-influencer is a concept that’s rapidly growing in popularity among social media marketers, especially when it comes to YouTube and Instagram. If you’re building a business, micro-influencers may just be the key to reaching tens of thousands of ready-to-buy customers.

Nathan has spent thousands of hours learning the craft of Instagram marketing. His influencer marketing strategies have landed 1.9 million followers for Foundr’s Instagram. Today, he’s sharing a video to help you understand why micro-influencers are essential to a successful social media marketing plan, and how to engage them.

Watch the video for his insights and read on to learn more!

A micro-influencer is a person who has anywhere from 5,000 to 100,000 followers on social media. They’re content creators whose blogs or social accounts have enthusiastic and highly engaged followings, but are still far from household names. Why Are Micro-Influencers a Powerful Marketing Channel?

With micro-influencers, success is less about scale than it is about the close connections they have with smaller groups of people. And it’s exactly this kind of tight-knit community that sellers of products in 2019 are trying to reach.

Marketers like Nathan have seen bigger impacts on their conversions using micro-influencers than the mega-influencers with a million-plus followers. Here’s why:

Micro-influencers tend to focus on a super-specific area of interest. For example, lifestyle micro-influencer Ariana Pierce got her start blogging about handbags and shoes as a means of selling her own products. Her passion for the subject attracted fellow accessory enthusiasts, and soon she built an online community devoted to the jet-setting lifestyle (which always demands the perfect combo of bags and shoes!).

Ariana’s narrowly focused passion lends authority to the travel destinations and accessories she chooses to post about, and brands are more likely to reach similarly obsessed followers.

One of the biggest differences between the impact micro-influencers offer versus mega-influencers has to do with the level of engagement of their followers.

For example, Toronto-based fashion and makeup blogger Anaa Idrees often explores her Pakistani heritage and features Pakistani clothing, winning the attention and admiration of often-underrepresented members of the Muslim community. Her engagement numbers show just how effective her posts have been: According to Influence.co, over the past 45 days, Anaa has had an 18% engagement rate. That means almost one out of five of her followers like and comment on her posts.

Compare this to, say, Kylie Jenner, whose average engagement rate is 3.57%, according to My Instagram Stats. Considering 3.57% of 149 million followers is still over a half-million people, you may wonder how Anaa could possibly have an advantage over Kylie as a brand ambassador.

Meanwhile, Kylie Jenner gets millions of likes and thousands of comments for a post in fewer than four hours. Commenters would be lucky to get a response from a member of her social media team, if at all.

More interaction between an influencer and their audience means the micro-influencer is more likely to share relatable content like candid stories or images from their home life. When a micro-influencer “gets real,” it shows the audience that they can relate to common pains they might be experiencing that your product solves. If you’re a student of great marketing, you already know that storytelling and empathy are surefire ways to win trust and influence people’s buying decisions.

Higher engagement rates with these micro-influencers mean they’re actively being an advocate for your brand, not simply posting something and letting it disappear into their feeds. That exposure can ultimately help you not only get eyes on your business but can help with the sale of your product.

This means your dollars (and limited dollars at that) can go much farther connecting with a micro-influencer.

A micro-influencer can charge anywhere between $20 to $500 per post/campaign, depending on how involved you want them to be in helping promote your product.

Nathan Chan says the beauty of such affordable rates is that you can spread your marketing budget further. If you have a small budget of $1,000, you can pay 10 micro-influencers with 10,000 followers each $100 to host a giveaway post. The network effect of this distributed kind of reach proves more effective than a single celebrity endorsement that may be overlooked.

Working Hard for the Money

Because micro-influencers aren’t bombarded with advertiser requests every day, you’re more likely to get their attention and win their advocacy. To a micro-influencer, advocacy isn’t just about posing for an Insta with a product and tossing a hashtag on a post, only to let it disappear on their feed. It’s about partnering with your company and truly interacting with a brand or product in their lives.

Micro-influencers are obsessed with only delivering valuable content to their audience because frankly, they can’t afford to lose followers by spamming them all the time with irrelevant sponsored posts.

What Are Some Examples of Companies that Use Micro-Influencers? For their crowdfunding campaign, Swiss travel gear makers Slicks Backpacks engaged around a dozen micro-influencers in the digital nomad community to field test and document their travels with their all-in-one backpack.

As the company got closer to launching its campaign, the micro-influencers began posting reviews, pictures, and giveaways, helping to build buzz around the product. When their Kickstarter campaign ended, Slicks raised over $500,000 USD and broke the record for most funds raised by a Swiss Kickstarter campaign. Amazon-owned audiobooks division, Audible, partners with influencers with large and small followings. In one particularly successful campaign, photographer Jesse Driftwood (who had fewer than 100,000 followers at the time)  posted a photo of himself using Audible. In the caption, he explained how he uses Audible to learn more about business management and productivity while involved in other activities. As part of their Mother’s Day campaign, shapewear brand Shapermint featured micro-influencers sharing their stories about their moms. The brand focuses its content on promoting self-confidence and body positivity, and often partners with plus-size lifestyle and fashion bloggers with devoted followings.

How to Work with Micro-Influencers—4 Easy Steps

How Do You Find a Micro-Influencer?

Here are a few tips on spotting the best micro-influencers to promote your brand:

Now go forth and (micro) influence!

Who are some micro-influencers you follow? Let us know in the comments!

Alaura Weaver is a story-based copywriter and content strategist for SaaS and subscription services. She works with conscious startups to create emotional, conversion-driven connections with their fellow human beings. Alaura is a Hubspot and Copyblogger certified content marketing strategist. Her writing on B2B SaaS growth, ethical marketing for social good, and social equality has been featured in Huffington Post, Copy Hackers, Copyblogger, Conscious Company, and Art + Marketing. Want to connect? You can find her on LinkedIn, Twitter and Medium. Want to make a stand with your brand? Learn more at www.wordweaverfreelance.com.