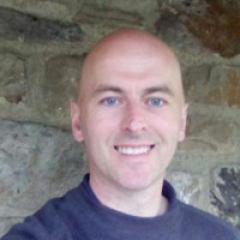 It’s no secret that social media has leveled the marketing playing field for small businesses. With a little thought and creativity, it is easy to generate increased awareness and free attention for your brand. But one of the most overlooked and underused social media features is Twitter polls.

• Build heightened awareness for your product or service

Customer feedback is invaluable—even legendary entrepreneur Richard Branson is a big fan. He’s previously said, “Our companies thrive off customer feedback. It helps us to innovate and disrupt, and keeps us relevant.”

Twitter polls present an opportunity to gain feedback from your core audience and understand the opinions of potential customers, insights that would otherwise cost your company thousands of dollars through a market research firm.

In this case study I will share how a simple Twitter poll improved our engagement levels and generated a rise in impressions of over 140%.

Read on to discover the best techniques to use.

Find Your Twitter Poll Topics (a Key to Success)

It must grab the attention of your Twitter followers in order to increase the likelihood of them retweeting and commenting on the poll, which will in turn ensure an even wider reach and more responses from non-followers who see it in their timelines.

We tend to use a two-step process to identify a suitable topic:

• It should be something relevant to your business.

• It should be a subject that evokes an emotional response from the audience.

Something irrelevant will likely mean that your audience won’t fully engage, as they’re not interested enough, but does that mean the poll should only be about your business offering and nothing else?

If the topic is a bit too relevant and does not have a broad enough appeal, responses are likely to only come from loyal followers. So how can we achieve a wider reach?

The solution is to browse trending hashtags to identify a hot topic. That way we create a poll that has a wider interest, but can also be tied back to our product or service.

Trending hashtags are prominently displayed on the left side of your timeline. If your business is tightly location specific, you may want to identify trends for a particular country or city, and changing the geographical location can be achieved by using the “change” button. As an example, at CabinBookers, we know that the majority of our audience are nature lovers who seek holiday accommodation in peaceful countryside surroundings. Working from this starting point, we looked at Twitter trends to see if there were any hashtags relevant to our core audience.

From this research, we identified the hashtag #30DaysWild, which was being used by people in the UK with an interest in wildlife and nature. We thought it was likely that the people who were using this hashtag would have some interest in our service (or at the very least be drawn to the countryside and natural surroundings aspect). The hashtag also gave us inspiration for the topic of our Twitter poll—nature. From there, we devised a four-option poll that we thought would resonate with our followers, would be likely to stir debate (evoke emotion), and could use the trending #30DaysWild hashtag to expand the poll’s reach and gain further responses. Here’s what we posted: When choosing the poll duration, we settled on three days (it’s possible to choose any duration from five minutes to seven days). If you want more responses, err on the side of caution and choose seven days. If your poll topic is linked to breaking news, select a much shorter duration.

TIP: Once you have published your Twitter poll, be sure to pin it to the top of your Twitter page. This ensures that any page visitors who have not seen the poll in their timeline will have another chance to view it and take part in the poll. You can pin it by clicking on the arrow in the top right corner.

Increase Awareness of Your Poll (and Gain More Responses)

To optimize the number of responses you receive, it is necessary to spread the word on Twitter and other external platforms. In fact, one of one of the very first things we did was to ask our Facebook followers to head to our Twitter page and give their opinion on the poll. If you have an email subscriber list, it’s also a great idea to mention the poll in your weekly newsletter.

On Twitter itself, some of our followers retweeted the poll in the early stages, leading to a wider reach. If you have more than one Twitter business account or a personal account, be sure to use these to retweet your poll too—every retweet matters!

The next part of our strategy was to make use of the trending hashtag we had identified earlier (#30DaysWild).

We used Twitter to search for the #30DaysWild hashtag and could then view people who were already interested in nature and who might be likely to respond to our poll. We replied to several Twitter users who were using the hashtag in their posts to let them know about the poll.

Sure enough, a decent number of these people responded and either voted, commented, or retweeted the poll, which again increased its visibility.

Make no mistake—for a Twitter poll to gain a good number of votes you have to lay the groundwork. Publishing a poll without any further social outreach is not likely to be successful. Few people will engage or take the time to comment. Concentrate on producing relevant content that evokes emotion and then work hard to spread the word!

By putting in some effort, your Twitter Analytics figures will start to look very positive. Our poll ran for three days, and analytics figures show impressions were much higher than usual during this period. In fact, they totaled 13,664 during the poll period, compared to 5,673 impressions for the previous three days.

Not only that, during the time the poll was live, we also received a subtle but noticeable boost to our website traffic.

Another key reason to use Twitter polls is the quality, fresh content they yield. This proves very useful for the blog or news section on your website.

We immediately used our own results to our advantage, and crafted an article based on the Twitter poll, which was full of facts and figures likely to be of some interest to our core website audience. But can the results of a Twitter poll actually gain press coverage? At CabinBookers, we thought we would put this to the test.

From our Twitter poll results, we drafted a press release and then published it via a free online press release platform (PR Log). Within a day, the press release had received over 250 hits and was picked up in Google News results, a channel with over 500 million monthly visitors. In addition, it made its way into Bing’s news feed and the press release was published in its entirety on the MENAFM website; a finance and business portal with 300,000 visits a month.

Need more proof that Twitter polls are newsworthy? Many big media websites and news outlets are using them to their advantage. Here’s just a small sample from Google News: Could we have achieved even more success with further outreach and personal emails to journalists? I’d bet the answer is yes.

It makes little sense to spend several hours trying to come up with ideas for new blog posts when a Twitter poll gives you original content, generates awareness, and can draw free publicity for your brand.

Polls don’t have to be a one-off tactic. You can make them a regular feature of your Twitter strategy. Obviously don’t go overboard, as familiarity may breed contempt, but depending on the engagement levels and results you generate, twice a month is a sensible guideline.

• Identify a good topic – your Twitter Poll topic should be relevant to your business and be likely to invoke some sort of emotional response from your followers.

• Improve the likelihood of a wider appeal – Browse trending hashtags to identify a hot topic so you can create a poll that has a wider interest, but also has a connection to your product or service.

• Spread the word – It’s essential to spread awareness on Twitter and other external social media platforms, especially Facebook. Remember to let your email subscriber list know in your weekly newsletter.

• Use the right hashtag – Use Twitter’s search function to find people who are using the trending hashtag you’ve selected. Reply to their tweets and let them know about your poll.

• Create content using the poll results – Craft an article based on the Twitter poll results, and publish it on your blog or news section. Be sure to include the most interesting statistics.

Ready to Grow Your Brand?

A Twitter Poll is a free, effective, and powerful tool in your social media arsenal. The questions and topics you can choose are limitless and poll responses arm you with valuable customer feedback.

How are you going to use Twitter Polls? Do you already use them? Let us know in the comments below!

Chris is the founder of accommodation startup CabinBookers . He is an experienced Digital Marketer, Social Media Specialist, and Content Creator. His writing has been featured in Social Media Examiner and Business 2 Community.