There aren’t many people who would say they don’t need more time. In fact, twice as many Americans say they would prefer a two-week vacation over an extra two weeks’ worth of pay.

Although we all feel like there aren’t enough hours in the day, it’s more likely the problem is simply how we think about our time. Too many of us, too often, suffer from a “time-scarcity” mindset, in which we always have a looming sense of being over-busy, overwhelmed, and behind on what needs to be done.

It’s precisely this time-scarcity mindset that can lead us to a shortsighted approach to our work and even our lives that “makes us less insightful less forward thinking,” according to Sendhil Mullainathan and Eldar Shafir, authors of Scarcity: Why Having Too Little Means So Much.

This mindset is so dangerous, in fact, that just feeling behind can make your work suffer, regardless of how much time you actually have at your disposal to get it done.

To get ourselves out of this mindset, we first have to change how we spend our time. That’s because the way we spend our time affects the way we think about how much time we have. So changing our behavior can alleviate that stressful time-scarcity mindset. Here’s how. 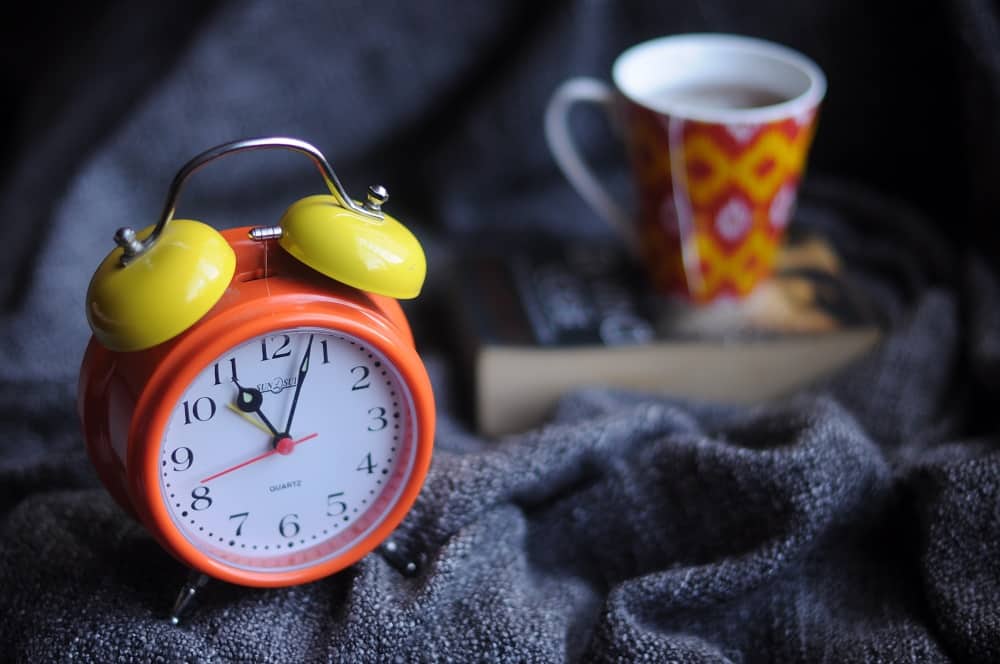 Align your time off to be with friends and family

You might think having more time off would make you happier. You’d be able to relax, and you’d have more time for hobbies and focusing on your health. It seems to make sense, but free time doesn’t actually work that way.

The reason is that free time is a “network good,” according to Cristobal Young, assistant professor of sociology at Stanford University. A network good is something that only holds value when other people are involved. The internet, for instance, is pointless without other people, because the whole point of it is to connect us to each other.

Free time is also a network good, though you might not have thought about it that way. Research shows our well-being tends to be lowest Monday through Thursday, aligning with the workweek. On Fridays and weekends we perk up, and our mood and well-being improves. So we’re happier when we have free time. A little depressing, but makes sense.

But here’s the kicker: This doesn’t only apply to those of us who work Monday to Friday. People who are unemployed also experience this effect. Their well-being improves during the weekend, despite the fact that their whole week is made up of free time.

The reason for this comes back to free time being a network good. Although many of us (myself included) like to spend time alone, beyond a point our free time is only beneficial when it’s spent with others. People who are unemployed might have “free time” during the week, but when you’re looking for work or maybe doing housework alone, it can get old fast. There’s a lot more meaning in free time when it’s spent with others.

“The weekend is when the jobless fall back into sync with society.” — Cristobal Young

So taking more time off work won’t make us feel better by itself. We have to find ways to match up our free time with friends and family for it to make a difference. By maximizing the return on our free time, it can build on our sense of having an abundance of time. Spend your time helping others

Because so many of us are stuck in the time-scarcity mindset, we tend to hoard our time, grasping for every precious minute. It’s hard to feel okay about spending time on others when you already feel like you don’t have enough time to get everything done.

Research has found, however, that spending our time helping others can alleviate our feelings of time-scarcity. This is because we feel we have more time to spare when we feel like we’ve done valuable things with our time already.

Several different studies have tested how people felt about how much time they had, depending on whether they spent time on themselves or others. In one study, participants either wasted time by counting letters on a page or gave their time to others by writing an encouraging note to a sick child and mailing it.

A third study had participants either spend 15 minutes helping an at-risk student edit and essay, or were told the essays were all edited and they could leave early. Those who did help edit an essay later felt they had more time, but they also completed more work on a later task than those who’d been allowed to go home early.

So while it seems counterintuitive and might not be something you’d think to do when you feel strapped for time, spending your time helping other people can actually change your mindset about time and make you feel like you have more to spare yourself. Be wary of relying on your peak hours

If you’ve paid attention to your own body clock and when you’re at your best, you’ve probably adjusted your schedule to work during your best hours. This seems to make sense, but research shows it can potentially be a bad idea.

Self-sabotage, according to the researchers who made this finding, is when we make it harder for ourselves to succeed. For instance, leaving something until the last minute so we don’t have enough time to do a good job, or staying out late the night before an important meeting or presentation.

We tend to self-sabotage when we feel worried that we’ll fail, because self-sabotaging gives us an excuse for failing. Ed Hirt, author of this study and professor at Indiana University Bloomington, says self-sabotaging requires thought and planning, which we’re better at during our best hours:

“People who are feeling uncertain about themselves and start to fear that they might fail are more likely to identify potential excuses and self-handicap when they’re at their peak.” For those times when we do have spare time to spend alone, Mihaly Csikszentmihalyi, the author of Flow, says we tend to spend it badly. Most of us reach for the TV remote or something else that’s fairly mindless to help us relax after work. But Csikszentmihalyi says we should be doing things that can help us find flow.

Flow, says Csikszentmihalyi, is a period of deep concentration that requires the use and honing of skills. Using and honing our skills produces a sense of control and satisfaction, which is why he suggests aiming for flow during our free time. Rather than feeling like we wasted two days watching TV, we can go back to work feeling refreshed and invigorated from the satisfaction of being in flow throughout the weekend.

Since flow comes from using our skills, it’s the opposite of watching TV: it’s active, rather than passive, and requires effort. But it doesn’t have to be something hard. It could be drawing, coloring, knitting, programming, writing, or gardening. Anything that uses your skills and requires your concentration has the potential for producing periods of flow, which is a better way to use the spare time you have.

I’ve long felt that I could stand to have more free time every week. It’s hard to believe that changing my mindset about time could be all I need to feel less frazzled and time-poor. But that’s what research suggests.

Luckily, changing your mindset about how much time you have isn’t too hard. It simply comes from changing how you spend your time. Spend it helping others, doing activities that lead to periods of flow, and be on the lookout for self-sabotaging behaviors during your peak hours.

Are you feeling short on time? Have any great tips for avoiding that frazzled mindset? Let us know below!