Daniel runs a website that helps young people figure out how to organize their life. He also scored a six-figure book deal thanks to his Instagram following.

Daniel needed a reliable way to grow his email list, sell more products, and support his team while scaling up his business.

When Daniel first jumped into Instagram Domination, his business, Rich20Something, was in a somewhat precarious position. As his company grew, so did his team.

But to sustain growth and keep the team paid, they would have to accomplish the simple goal of finding more paying customers:

“As my team started to grow, we needed those subscribers to become customers (to end up buying our products, services and courses), so that we could pay everyone. So it was super important to have that growth, and I am 100% certain I would not have had it without Instagram Domination.

Despite singing the course’s praises now, Daniel had some early reservations about joining. In the midst of scaling up his business and expanding his team, he just wasn’t sure that his busy schedule would allow a full course.

Fortunately, Instagram Domination has been designed to get real, tangible results for your business while simultaneously teaching you a new skill set. Soon, it became clear to Daniel that the time he was investing into the course had meaningful positive effects:

“I got to my first 10k followers in 30 days, and I didn’t think that was possible. If you compare that to my Facebook page, it’s astronomically different.

Once you get to 10k followers, things really start to change. And I got there very quickly using the material from the course, so that alone made the experience so positive that I’d recommend it to anyone just because of how easy it was to get rolling.

And even after he passed the 10k follower milestone, Daniel’s momentum never slowed down. He began to realize that generating high-volume traffic wasn’t something reserved for pros with bottomless marketing resources:

“I started Instagram in April 2015 with the help of Nathan and his course, and over the next 6 months we grew from 0 followers on Instagram to right over 100k. I had this idea that getting more leads, traffic, and sales was hard. It was something that only the “professionals” could do and it costs a lot of money. But what I found with Instagram, is that you don’t have to have all those things. You just have to have really good content and some consistency, and you can start seeing results very quickly — which blew my mind!

More importantly, by the time Daniel completed Instagram Domination, he had overwhelmingly succeeded at achieving the email list growth — and consequently, tens of thousands of dollars in sales — that was key to sustaining his team:

“My email list exploded. In April 2015, we were probably right under 20k subscribers. Between the time that I started on Instagram and 6 months later, my email list grew from 20k – 100k.

But by far, the most impressive part of Daniel’s story is his book deal. It turns out that the rapid, highly-visible social media growth from Instagram Domination can lead to some pretty amazing opportunities:

“The biggest thing Instagram helped me with was to get a book deal. I just signed a six-figure book deal with Penguin, who is the biggest publisher in the world. Go me, right? But really, I’m pretty sure I would not have gotten that deal with Instagram, and here’s the key there: my social channel grew so fast, that it was enough evidence to show an agent (and then subsequently publishers) that I had a viral following that people really cared about. 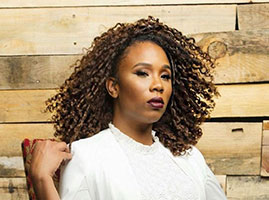 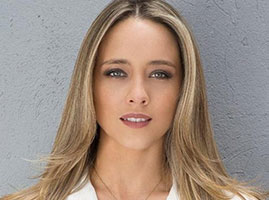