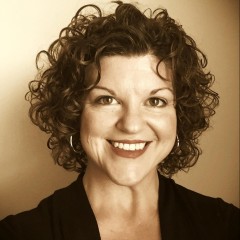 Let’s talk money, shall we? In our recurring series Money Talks, we challenge entrepreneurs to be brutally honest about their financial situations—their investments, their profitability (or lack thereof), their money highs and money woes. We’re asking the tough questions and not holding anything back.

In this edition, we get real with Ryan Robinson, who got started with an ecommerce side hustle iStash while he was in college. Now, thanks to a little help from a viral blog post, he’s running an online education company that is killing it. He gives us the details. In a Nutshell: Launched in 2014, Ryan’s company trains people in how to start a blog as a side business. For the first three years, he did all the work himself. He was at six figures by 2016 and now outsources some of the work to freelancers. He’s been featured in Fast Company, Forbes, Business Insider, Entrepreneur, Inc. and, now, right here on Foundr.

You might know Ryan Robinson as the college kid who created the iStash in 2010, that little device that looked like an iPhone, but was actually a clever carrying case for contraband of your choosing (usually weed). That idea came to Ryan when he and his friends had half of their joints confiscated by a security guard at a music festival entrance. The experience of starting that business taught Ryan a lot, which you can read about here. He went on to create Case Escape, which grew to over $160,000 in revenue in one year.

These early entrepreneurial experiences molded Ryan into the person he is today—an expert on growing a side hustle.

The early days of the successful company Ryan runs today (it’s branded under his own name) began in 2014. He bought a $15 domain and $20/month hosting. “So, I got to the break even point pretty quickly,” he says, laughing.

Ryan laughs often. He’s clearly a guy doing what he loves and loving what he does. But when he first started the company, he didn’t quit his day job with CreativeLive, an online education company that’s been around since 2010.

“Working for CreativeLive was a big help to the early days of my growth,” Ryan says. “People saw my bio there and clicked on over to my site.” (That brings up a good consideration for the rest of us entrepreneurs. Is where you work today an opportunity to help create your tomorrow?)

For the first year, Ryan focused mainly on building an audience. He chased this goal by guest posting for others in order to grow outside link referrals to his site. That, in turn, upped the Domain Authority of his site, making him appear higher in Google’s search rankings. By the end of year one, he had 10,000 monthly readers.

That groundwork of getting outside links kept his traffic growing from month to month. He continues to benefit from it today, drawing the majority of his traffic as a result of organic searches.

Ryan kept working at CreativeLive and building his blog on nights and weekends. His blog outreach strategy consisted of mentioning potential consulting clients in his blog content, then pitching himself to them as a paid contributor or content marketer for their businesses. He also began incorporating affiliate marketing into his site.

Those efforts yielded $40,000 in 2015, less than half of which was affiliate marketing (the rest was consulting). Ryan continued his strategy, slowly growing traffic and picking up freelance consulting clients as he could.

In 2016, Ryan posted “101 Best Side Business Ideas to Start While Working Full-Time.” It struck a chord with readers and exploded Ryan’s traffic to 75,000 visitors per month. (The article has since been updated for relevance in 2019.)

Now that he finally had a large audience that he could directly communicate with, Ryan decided to focus heavily on creating income by selling products to that specific audience.

The extensive online course experience Ryan obtained at his day job helped him feel comfortable creating a course for his own site. He began pre-selling the course idea in 2016 and actually conducted the course in 2017. He titled it “30 Days to Validate” and priced it at $197. Within six months, 300 students bought the course. Ryan also wrote an ebook about content marketing, How to Create Viral Blog Content and Get Featured on Publications, that sold several thousands of copies that year at $17 per copy.

And it kept growing.

Today, Ryan spends his time training others in how to create side businesses, creating content for his own blog, and producing a podcast. He offers extensive insights into the inner workings of his growing business by sharing detailed monthly income reports with readers.

A quick look at them reveals that his June 2019 revenue was $54,923.08. About 75% of that is from affiliate commissions, 15-20% from course sales, and the remaining is a combination of sponsorships, blog advertisements, and the occasional consulting gig. “And then Google changed its algorithm again,” he says, pointing to July’s revenue number of $39,448.92.

That’s a revealing set of numbers, showing both the potential rewards and risks of running an online business that’s somewhat dependent on organic traffic and search results. Clearly, Ryan’s doing quite well, but a $15,000 dip in monthly revenue due to an algorithm change is a harsh reality in the world of online content. That’s a 28% dive for those keeping score at home—ouch.

The podcast is not an income source for Ryan, although it gets about 25,000 downloads per month. There are currently over 120 episodes. “I look at it as a promotional tool for the blog, mostly,” he says.

He spends roughly $6,000/month on writers—who create first drafts that he then tailors to his voice and style—as well as a producer for the podcast. He still handles most of the accounting himself, though he does check in with an accountant when he has questions.

In addition to the main Ryan Robinson website, he’s spun off two additional blogs, MoneyTalk (about finance and credit, no relation to Money Talks!) and SmartWP (WordPress tutorials and advice). Neither is generating profit yet. The focus at present is on building up a solid base of content. “We’re really not planning on thinking about conversions/revenue until we start to see 5,000+ monthly readers beginning to roll in, at which point we’ll be able to start flipping on some affiliate promotions as the first channel to begin earning a little bit,” Ryan says.

His goal for his main company, which is based in San Francisco and incurs a tax rate of around 40%, is six figures per month in 2020. “But first,” he notes, “I have to figure out how to make the Google algorithm happy again.” We asked Ryan what action he took along the way that he most regrets now. He considered for several moments and then surprised us. “Facebook ad spending,” he says, a staple for a lot of budding online businesses.

He explains that the traffic generated by those ads didn’t create long-term, engaged audience members for his particular type of company. While he didn’t spend an incredibly large amount of money on them, he made the spend when money was quite tight. “If I had it to do over again, I’d have skipped that idea and kept the money.”

We also asked Ryan when he knew he could quit that day job at CreativeLive and feel comfortable knowing the blog would be a full, reliable source of his income.

“Well, I got this wrong the first time,” he says and laughs again, “so my advice is borne of experience.” He recommends waiting until you experience three consecutive months of income that meet or exceed your day job income, as well as having a six-month plan for how that income will continue or grow.

Now that the company revenue is $40,000/month, we wondered what a successful online entrepreneur splurges on. Hot rides? Exotic trips? The latest tech? Gadgets to make everyday life easier?

“To be honest,” Ryan laughs, “I’m pretty boring as to what I spend money on. Most of what I bank goes into a combination of investments, mutual funds, and savings.”

Okay, yes, we get that you’re financially responsible, Ryan. Of course! How else would you have grown such a solid business? But, Ryan, isn’t there one thing, one indulgence, now that you’ve got breathing room?

“Michelin Star Restaurants,” he fesses up. He and his girlfriend recently ate at Atelier Crenn in San Francisco, as a matter of fact. “Holy smokes, it was the best dinner we’ve ever had. A super treat for us.”

Fortunately, he documented the meal so we can live vicariously: What Do You Want to Know About Money?

Have questions for Ryan about his finances? Want us to cover any additional topics in the Money Talks series? Let us know in the comments below.

Rebeca Seitz is a best-selling writer and producer, and the founding CEO of 1C Productions, Inc. She recently raised over $3M for a single business venture and helped create, distribute, and promote products with sales over $34M. Her books are published by HarperCollins and B&H Group and her last screenplay was produced with Out of Order Studios and written with Disney veteran Bob Burris. She has appeared on NPR, CNN, Huffington Post Live, and more regarding responsible use of mass media. Connect with Rebeca on Twitter, Facebook or LinkedIn.