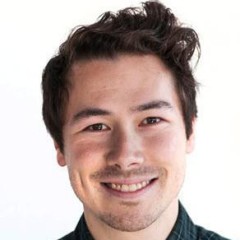 That’s right, today marks the day when we officially change our brand name from Foundr Magazine to Foundr. Most notably, that means we’ve moved our website’s domain from foundrmag.com over to foundr.com.

But what does this all mean? For you, dear reader, probably not much. The magazine’s still publishing monthly, links and bookmarks and such will still work, and there’s a good chance you’ve always called us Foundr anyway.

But for the brand, this change means that we’re officially moving beyond our identity as a digital magazine for entrepreneurs, and one step closer to our ultimate goal of becoming being the go-to platform for media of all kinds, serving entrepreneurs everywhere.

So it’s a big deal for us. It’s taken us four years to get to this point and we want to thank each and every person reading for being a part of the journey.

But if you’re still wondering why we bothered to make this change (it was harder than you might think), the explanation requires a little bit of history on Foundr.

Back in the early days…

Way back in early 2013, pixie cuts were the haircuts of choice, every day you were getting spammed with requests to play Candy Crush, and the meme known as Grumpy Cat was sweeping the nation. But most importantly, for us anyway, Nathan Chan had just started working on his very first business idea.

That idea: to build a digital magazine for young entrepreneurs.

At the time, Foundr wasn’t even called Foundr Magazine. We were actually operating under a different name until we got sued for (unintentional) trademark infringement. Whoops!

The name Foundr actually came from a conversation between Nathan and a friend, who simply said “Why not just call it Founder, but take out the E?”

And so, Foundr Magazine was officially born. From there we grew.

Becoming more than just a magazine…

We started the Foundr podcast, which shared the best interviews we had done with entrepreneurs. Then we began expanding the Foundr blog, making it a priority to produce excellent content regularly, for free. But in order to continue expanding and growing, we needed to move beyond being just a content brand.

While we could have easily been happy with existing as a content platform and turned Foundr into a lifestyle business, the vision had changed. Foundr was to be a household name that everyone knew and could trust with 100% certainty, that this would be the place to be for every entrepreneur to learn and get help.

The next step was our first foray into something truly different, and that was Instagram Domination, our very first online course. See, Foundr had picked up some serious momentum on Instagram, and we kept getting asked if we did consulting so we decided to share everything we knew about how to grow an Instagram account as quickly as possible, and how to use Instagram as a money-making platform in an online course. The course was a huge success, and it signaled to us that we were on the right track.

What’s next for the Foundr brand…

Fast forward to today, and we’ve started our very own exclusive club for entrepreneurs, we’ve rolled out some more online courses, and we’ve even moved beyond digital products, releasing Foundr Version 1.0, our very first print publication!

We’ve grown so much in these past four years, so it only makes sense for us to officially change our name from Foundr Magazine to Foundr in order to reflect that. We’re so much more than a magazine now, we’re a fully fledged media company.

In the future, you can expect us to:

It’s been a great four years, and here’s to many more!

And once again, thanks for being a part of our journey so far, and we’re so excited to continue down this path with you!

Nathan Chan is the founder and CEO of Foundr, a global media and education company for entrepreneurs. He has had the pleasure of interviewing some of the most successful entrepreneurs around the world such as Richard Branson, Arianna Huffington, Mark Cuban & many more. Nathan has contributed to Entrepreneur, Hubspot, and Search Engine Journal and has been featured in MSNBC, HackerNoon, Thrive Global, GoDaddy and Digital Journal, to name a few.