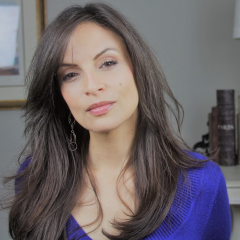 Foundr Instructor Recognized As Forbes 30 Under 30 For Ecommerce Entrepreneurs

One of Australia’s top serial entrepreneurs, Gretta van Riel, is no stranger to the Foundr community. As our Start & Scale ecommerce course instructor and a regular coach and mentor here, she has been an integral part of our Foundr family, helping us follow in her footsteps and build our own profitable ecommerce businesses.

Now, we are so very proud to share that Gretta has just been added to the Forbes 30 Under 30 Asia list for retail and ecommerce. Way to go Gretta!

Gretta started her first multimillion-dollar business SkinnyMe Tea with just $24 in the bank. She started making her day job’s daily wage in just one hour with her teas, and five years later, she sold more than 11 million cups of tea.

She won the Shopify Build-a-Business competition in 2013, and also co-created The 5TH watches, a unique fashion brand that earned $100,000 on its opening day and $1 million in sales in only 24 hours. Gretta is now the owner of five multimillion-dollar startups and she interacts with more than 16 million social media followers worldwide.

If you want to learn more about Gretta (and you probably should!) check out her businesses:

Learn more from this rising ecommerce legend in our Start & Scale Ecommerce Course.

Please join us in congratulating Gretta on her awesome accomplishment! Thank you Gretta, for all of your guidance and instruction. We are so proud to have you as part of the Foundr family.

Jenna Scaglione is the managing editor of the Foundr blog and a lover of all things content. With her content agency, she enjoys helping businesses scale their blogging and make content human again so they can expand to generate more notoriety, leads and sales. Jenna has written for Foundr, Keap, Startupbros, GetResponse and more. She also launched a video class in collaboration with Skillshare on how to create high-value, share-worthy blog content. Connect with Jenna on LinkedIn and Twitter!