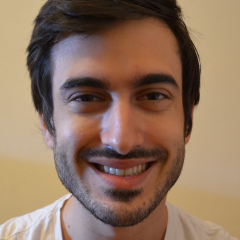 If there’s one word that describes the current feeling at Foundr, it’s gratitude.

We’re grateful that we’ve been able to connect with so many entrepreneurs who want to start and grow their own businesses. Grateful to have developed such an engaged and growing extended family.

It’s that very audience—including people like you, dear reader—that has allowed our brand and our team to continue to grow.

Thanks to your support, we’ve been expanding rapidly over the past year.

And today, we want to share with you the latest exciting news from the company, something that has had the entire team excited for the past few months now.

While we’ve had team members based in the states for years, this is our first dedicated office in the US. And with a new foothold in the business and media capital of the world, lots of new opportunities lie ahead.

Why Foundr Landed in the Big Apple

We try to stay humble at Foundr, because after all, we have humble beginnings. Back in 2013, while working his day job in Melbourne, Foundr’s founder Nathan Chan launched a digital magazine geared towards the entrepreneurial crowd.

Like any new startup, the magazine struggled to generate new subscriptions. After our iconic Richard Branson issue, however, people started to pay attention. As the magazine started to gain a foothold, so did our blog and our podcast. In the latter, Nathan interviewed more top entrepreneurs, including people like Sophia Amoruso, Rob Dyrdek, and Gary Vee.

Eventually, our blog would generate over 200,000 monthly readers and the podcast would end up getting over 1 million downloads (and still counting). Finally, it was the courses. We started with Instagram Domination, and soon moved onto our flagship courses like Start & Scale and Consulting Empire. As the list and our audience keeps growing, so does the company.

Up until this point, Nathan and the team managed most of the growth from our headquarters in Melbourne (no Crocodile Dundee jokes, please 🙄). A partially remote company, Foundr was also able to grow with employees working from places as far away as Kuala Lumpur, Barcelona, and Nashville.

But as the saying goes, “What brought you here won’t take you there.” New people and new courses brought new responsibilities and opportunities, and for that reason, Foundr needed to expand to new places.

Out of all the places where we could have opened an office, New York was the clear choice. As a media and publishing capital of the world, the city offers a wide talent pool of skilled video editors, producers, hosts (for both our podcast and YouTube channel), and more. Plus, New York is the big time. The fast lane. As Sinatra says, “If I can make it there, I’ll make it anywhere.” What better second home for our growing, ambitious media brand?

So New York will be the launchpad for the new initiatives we’re kicking off in the next year, some of which I’ll get into in a bit.

We set up shop in Industry City, a 6 million square-foot former manufacturing complex in the Sunset Park neighborhood of Brooklyn. Our office building has a beautiful view of the Gowanus Bay and the Bay Ridge Channel, and will serve as a recording studio of sorts for many of our newest courses, plus our YouTube videos. What Foundr Has In Store

Yes, we’re growing, but don’t worry, Foundr is sticking to its gritty startup roots. You did see the folding chairs in the photo above, right? These new offices aren’t just a way to indulge in fancy expenses like many successful startups tend to do. Because we always have been and still are self-financed, we don’t have VC money to burn on such extravagances.

Instead, our new offices will serve as a much-needed homebase for many of our newest initiatives.

As you know, for the past year, Foundr has been working on several new courses. But one problem that’s come up is that our video production talent and many of our potential course instructors will be based in the United States (as is the case for most of our profile subjects and our audience, for that matter). Flying everyone to Melbourne all the time was not a sustainable solution. We needed a logical place we could call home for future recordings.

That’s where our new office comes into play. Aside from the that fact it makes sense geographically, check out that natural lighting! We’ve also been investing heavily in our YouTube channel. While we have had the channel for some time now, we’ve started to produce high-quality YouTube native videos for the past six months. In just that short period of time, we’ve gone from zero to 32,000 monthly subscribers. We’ve done all this without a centralized place to record our videos, but that won’t be the case anymore.

We plan to record and publish lots of new weekly videos, which we believe will help Foundr master YouTube as yet another great marketing and communications channel, and provide you with free world-class content that will help you crush it in business.

We couldn’t be more excited about our new offices. The projects we’re working on have kept us energized and motivated, and we’re just getting started.

And all the progress we’ve made is thanks to you!

Foundr has gone from being a side business to a leading media platform that helps hundreds of thousands of entrepreneurs every month. We wouldn’t be here without your support, whether it’s the emails you’ve sent, the Insta hearts, or the YouTube comments.

We’re still a young company with a lot of work to do, and with the Foundr community on our side, we have big plans for the future—one in which we will help millions of entrepreneurs launch and grow their businesses.