Why Finishing is the Hardest Part of any Project, and How to Do it Anyway I’ve stopped telling my partner about new project ideas I have. After years of coming up with at least one new idea every month, and finishing fewer than a handful of them, it’s easier to just never bring them up.

We both know my interest peters out quickly after the initial spark of an idea. And even if I do make some progress on executing a new project, it’s very rare than I can stand the pain and boredom of the long stretch of finishing it.

Starting new projects is easy. Just ask any developer sitting on hundreds of domain names purchased for project ideas that were never launched. Or look at any writer’s notebook (including mine) that’s full of book and article ideas scribbled down in a mad rush and never revisited.

The beginning of something new is the most exciting, most fun period. We have grand ideas of our new idea and how it will end up. And we’re rewarded by quick progress. Where once there was nothing, we quickly see something new taking shape. But sticking with that idea when the rate of progress slows, the changes are small, and the finish line seems to move further away is a big ask. Finishing sucks, so we don’t do it as often as we’d like to.

But rather than just throw our hands in the air, let’s try to understand why that is, and why it’s so important to soldier on, so we can overcome this all-too-common problem together.

Writer Michael Lopp knows that finishing sucks. In fact, his struggle to finish projects became so common that he put together a diagram to explain what he describes as the four phases of a new project: As you can see, Lopp experiences the most joy in the very beginning phase of a new project. Exploring the idea and imagining how it will turn out is fun, exciting, and rewarding. But as he moves into the harder stages of building out a project and polishing it, the amount of joy he experiences drops dramatically. And the final stage required to finish a project is a long, hard slog with very little joy involved.

If this is what it feels like to work on a new project, no wonder we give up so often after the first stage! As Lopp says, “The time spent finishing feels intolerable because it’s the hardest work.”

However, the length and pain of the finishing stage can depend on the result you’re looking for. In the past, he explains that he thought hitting the publish button was all it took to “finish” a blog post. These days, he knows that truly finishing his writing takes just as long as creating the writing in the first place, and when he commits to that long, hard slog, he knows he’s working on something worthwhile.

“My early reluctance to engage with an editor is the same gripe engineers have with building unit test , fixing bugs, and documenting their code. We told ourselves the same story, it works… it’s good enough, but what we were really saying was, the interesting work is done.” Although Lopp readily admits that the finishing stage of any project is long, hard, and often boring, he also says the most important work is done during this phase. And if we care about what we’re creating, we’d better get on with finishing.

How to finish what you start

So what can you do if you’re terrible at finishing projects? I thought perhaps it would be as simple (and hopeless, in my case) as relying on raw discipline and willpower. Thankfully, I found a much better approach.

“I used to be one of those people who struggled to complete things I started, and through conscious effort I made myself into a finisher.”

The key, says Young, is rethinking your mental approach to new projects, rather than simply forcing yourself to finish everything you start. Young suggests putting every project you work on (if it will take more than a day to complete) into one of two categories: experiments and commitments.

Experiments, Young says, are okay to quit. The idea of an experiment is to try something new and see how it goes. We don’t know what will happen, and we may not like the result. If you start learning a new set of skills and realize you’re not enjoying yourself at all, you might decide to quit that process and hire someone who already has those skills, instead.

When we make commitments, on the other hand, we need to follow through. Even if we’ve only made a commitments to ourselves, sticking with all the commitments we make until they’re finished will help us build that habit of finishing what we start.

The trick to making this approach work, he says, is to make sure you always follow through on commitments, even if you give up on some experiments.

If you give up on your commitments with equal frequency as your experiments, the words carry no weight. What matters isn’t that you call something an experiment or commitment, but that your actions show that the distinction matters to you.

Young suggests starting small when using this technique. Only make short-term commitments at first, he says, because when we work on long-term projects, the information we have available can change more significantly, sometimes making it harder to see our commitments through to the finish line. I’ve been terrible at finishing what I start ever since I was a kid. I always thought, as Young suggested many of us do, that some people are good at finishing projects and some aren’t. And perhaps, through sheer willpower, I could become “a finisher.” But I never had a whole lot of willpower to rely on, either, so I’ve remained someone who rarely follows through on projects unless I’ve had to commit to some external deadline.

But the more I learn on the subject, the more I understand how I can overcome this challenge that so many entrepreneurs face.

As Michael Lopp explained, there’s a very good reason many of us struggle to finish what we start: there’s very little joy left in a project when we’re finishing it. Once it’s lost its novelty and gains become hard-won, it’s understandable that we want to give up. The idea loses its luster, and we start wondering why we even thought it was a good idea in the first place.

But Lopp also pointed out that if we want to create our best work, that long, hard slog of finishing our projects is exactly what we need to get better at. That’s where the most important work takes place.

So here’s a first step to becoming a finisher:

Take a look at the unfinished projects on your computer or in your notebook. Try splitting them into experiments and commitments, and see which ones fall into each box. Calling some of them experiments, and knowing it’s okay if they fail or you decide to quit them early might give you the momentum you need to pick them up again.

And more importantly, calling some of them commitments may be just the motivation you need to see them through until they’re truly finished.

What do you think about this approach to finishing? How have you struggled with finishing what you start, and how do you overcome it? Chime in below. How to Land Press Coverage While You Sleep: Automate Your PR Process in 4 Simple Steps 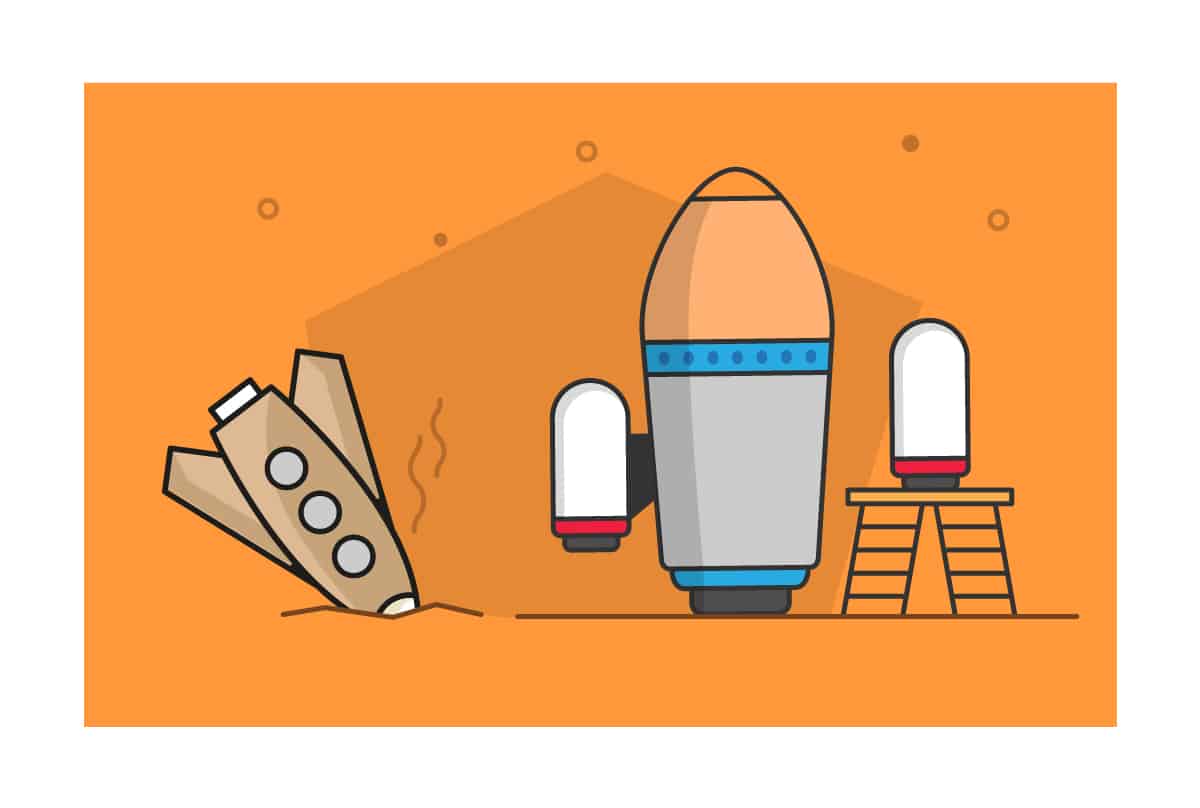 When the Dream Dies: How to Deal With Business Failure, Dust Yourself Off, and Emerge Stronger than Ever How to Motivate Yourself: Setting the Right Conditions for Peak Productivity How to Use Extrinsic and Intrinsic Motivation to Start Your Business Finding Happiness and Building Community: How to Avoid Loneliness When Working From Home How I Learned to Stop Worrying and Trust My Entrepreneurial Journey (and How You Can, Too)