11 Books You Should Be Reading, as Recommended by Billionaires 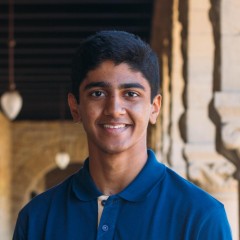 You’d be surprised at just how much the world’s richest entrepreneurs read. Back when Warren Buffet, the third richest man in the world, was building up a career in investing, he would read up to 1,000 pages every single day.

Charlie Munger, another business magnate with a 10-figure net worth, said this:

In my whole life, I have known no wise people (over a broad subject matter area) who didn’t read all the time — none. Zero.

Clearly, reading is a vastly important habit that entrepreneurs need to develop.

Now don’t get the wrong idea: I’m not recommending that you read 10 hours a day, every day. As attractive as that might sound to some of us, you can’t expect to grow a successful business with your nose stuck in a book for half your waking hours; you need time to apply what you learn.

What I am saying, however, is that reading definitely has its place in an entrepreneur’s daily schedule. I personally set apart at least 30 minutes to an hour of my daily schedule for reading.

I’m 100% glad that I do this because those hours have really added up. I’ve been able to digest and implement a ton of useful information in my own freelance business exploits.

I promise that reading will help you to do the same with your business as well, whatever it may be.

So without further ado, I present to you 11 of the best books recommended by billionaire entrepreneurs. This book list spans marketing, investing, personal growth, and other genres. Business Adventures was actually loaned by Warren Buffer to Bill Gates. Both of them absolutely loved it, so you know it has to be good.

John Brooks wrote this book back in the ’70s not long after the stock market crash of 1962. In fact, the first chapter is dedicated almost entirely to the details of the crash and how the economy was able to recover quickly afterward. The rest of the book relates in exhaustive detail the successes and failures of twelve major businesses during that era.

You’ll see companies like Ford, Xerox, General Electric, and more profiled in the book. Brooks also takes the time to discuss some of the high-profile lawsuits, business scandals, and tax laws prominent in the time period.

2. The Wealth and Poverty of Nations: Why Some Are So Rich and Some So Poor The title of this book is pretty self-explanatory. In Wealth and Poverty of Nations, David S. Landes attempts to provide the answer to the recurring question why some nations are so rich, and why others struggle to build their economy.

The book does discuss things like economics and national finances, but there’s also a major focus on how the different cultural traits, geographies, and histories of countries have influenced their positions in the world today.

Landes employs a unique viewpoint by using frequent anecdotes and stories to reinforce his points. He’s totally honest and upfront about his ideas, even the unusual ones.

For instance, Landes even introduces a theory of how Asian use of chopsticks have allowed them to make such prodigious advancements in manufacturing sectors. Do you think there’s a positive correlation there? Talk it over in the comments.

3. Things Hidden Since the Foundation of the World Things Hidden isn’t a book that’s focused on business, investing, or economics, but that doesn’t detract from its value.

Girard talks about the concepts of human nature, social ideals, and also one of his own theories he calls mimesis. He describes mimesis as the effect of personal rivalries. Girard argues that humans are constantly trying to differentiate ourselves from each other as unique individuals; however, in doing so our naturally competitive spirits instead makes us grow more and more alike.

4. Influence: The Psychology of Persuasion

Influence is a world-renown book on persuasion: the science (not art — note the distinction) of making people say “yes”. Needless to say, this work provides many insights into marketing and advertising psychology.

Cialdini expounds on six unique principles that one can use to become a skilled persuader:

We’re all probably quite familiar with the concepts of social proof and authority; you’ll find literally thousands of blog posts and articles on the subjects.

But I doubt that a majority of us have spent a ton of time thinking about how to build consistency and liking (Cialdini’s theory that people are more likely to say “yes” to things/people that they already like) into a marketing approach. Influence will show you how to do so.

5. How Children Succeed: Grit, Curiosity, and the Hidden Power of Character How Children Succeed is another interesting book that observes how children succeed and how they fail, and what causes them to do so. Paul Tough explains how different backgrounds (rich vs. poor, first world vs. third world) can have a profound effect on the physical and character traits that children display.

The book takes a very modern outlook, pulling in data from current standardized school tests like the SAT. It draws surprising conclusions of how intelligence and academic achievements are not always correlated.

For instance, Tough references a study done by James Heckman that compares the careers of high-school dropouts and university enrollees. All dropouts studied were all GED recipients (an academic achievement approximately equivalent to a high school diploma); the comparative cognitive ability of GED recipients and high school graduates was also measured by another independent test, and it turned out that the two groups of teenagers had very similar intelligence levels.

Heckman found that just three percent of 22 year-old GED recipients were enrolled in university compared to nearly 50% of high school graduates, regardless of the fact that the intelligence levels weren’t all too different. This led him to the diagnosis that the GED encourages high school dropouts by being depicted as a backup plan; even though the data shows that it doesn’t benefit recipients in any major way academically.

The rest of the book is filled with similar insights.

6. How to Win Friends and Influence People How to Win Friends and Influence People is another hugely popular book; with over 15 million sales (and counting) worldwide, Carnegie did such a fantastic job when he wrote this back in 1936 that it’s still useful almost 80 years later.

Carnegie discusses 6 ways to make the people around you like you, 12 ways to persuade people to your point of view, and 9 ways to influence people’s character without offending them.

7. Inside the Tornado: Strategies for Developing, Leveraging, and Surviving Hypergrowth Markets

Inside the Tornado was a favorite of the late Steve Jobs. The book is the second installment of a three-part series Moore wrote on marketing strategy in the tech industry back in the 90s.

In those days, the tech industry was growing by leaps and bounds (just as it is now, so this book is still very relevant today). Moore studied the top names in tech and returned with insight as to how hypergrowth in markets can be leveraged for early success in younger startups. The book also talks about how you can continue to ride the waves of prosperity even after the high demand dies down.

8. Creativity, Inc.: Overcoming the Unseen Forces That Stand in the Way of True Inspiration Ed Catmull, the author of Creativity, Inc. is a co-founder of Pixar and one of the men behind the production of several of Pixar’s smash hits. Catmull played a large role in the making of fils like Toy Story, A Bug’s Life, and Finding Nemo.

This recent publication is targeted towards managers who are looking to get a little extra something out of employees. Catmull gives you a detailed tour of the creative processes responsible for the ideation of some of the world’s most popular animation movies, and how you can implement similar strategies in your business for better results from employees.

The book has been recommended not only by Zuckerberg, but also by Steve Jobs, Seth Godin, George Lucas, and many others. Forbes even published a report that said Creativity Inc. “just might be the best business book ever written”. Clearly, it’s received very high praise.

9. Where Are the Customers’ Yachts? Schwed’s work Where Are the Customer’s Yachts? can also be found under the name A Good Hard Look at Wall Street. True to its title, the volume takes a cynical — and humorous — view of Wall Street.

The book tells the tale of a man who sees and admires the beautiful yachts of the bankers and brokers who work at Wall Street.

The man then asks the question: where are the customers’ yachts? Why doesn’t everybody who has faithfully obeyed the every advice and guidance of the rich bankers and brokers own a yacht as well?

It’s a great work that investigates the apparent hypocrisies of Wall Street and whether or not the widespread distrust of Wall Street corporations is merited.

10. How to Read a Book: The Classic Guide to Intelligent Reading

How to Read a Book is a reference on reading comprehension. In essence, it’s a tutorial on how you can use methods like speed reading, skimming, and inspectional reading to digest a greater amount of information in a smaller amount of time.

The book instructs you on how to read writing in all sorts of genres, from poems to plays to philosophy and even to science and mathematics books. There’s also advice on how to discover and critique the author’s true message in the work, plus an appendix that includes some reading tests to test your comprehension and application of the material.

11. A New Earth: Awakening to Your Life’s Purpose

A New Earth is selection #61 in Oprah’s famous book club. Like How to Read a Book and a couple other works on this list, this book doesn’t focus on any business or marketing topics per se, but it can still help you to become a better entrepreneur.

The book is more or less a guide to “living in the now”. Tolle attempts to teach readers how rid ourselves of our ego consciousness to focus on the joys of life right now. It’s a relatively popular title in the spiritual/personal growth category; if you’re into the genre, it’s not a bad book to pick up.

What books have you read that gave you insight on how to become a better entrepreneur, a more productive employee, or a more creative marketer? Please list your recommendations below!