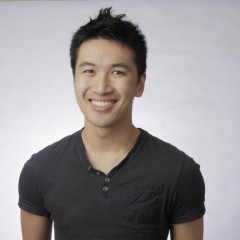 Following your instincts has long been the hallmark of the entrepreneur. It is precisely that mental cocktail of drive and self-confidence that turns a start-up into the powerhouse it has the potential to become.

But what if your instincts are wrong? We’ve talked about the fear of failure, the multitude of reasons your business could fail, to learning from other’s mistakes. But what if your worst enemy was your own mind?

In this article, we’ll be looking at some common subconscious traps, or logical fallacies, that your mind falls into that cause you to make wrong or costly decisions. But more importantly, we’ll provide tips and advice on how to beat them.

Seeing the answers you want to see

While you may believe yourself to be fairly open-minded, your subconscious actually accepts and rejects information according to what you want to believe. The Texas Sharpshooter fallacy is the trick our minds play on us where we see the answer we want to see, and take whatever correlating evidence we can to support it.

This fallacy is named after a man who shoots at an unmarked wall, and draws the bulls-eye around the shots after he’s done, and then tells himself that he’s the best sharpshooter in the world.

A classic example published by the New Yorker describes when public health officials believed that several towns in the US with growing rates of cancer were connected in some way. After devoting huge amounts of effort, time and money to find a common environmental cause to support their hypothesis, they ultimately found little evidence to support their claim.

Entrepreneurs do not have the luxury of having effort, time or money to waste on failed ventures or bad decisions.

“Since the service was our child we were reluctant to make a decision about closing it faster and limit losses. We’ve been tricking ourselves thinking that everything would be fine while we couldn’t get the application back to work properly.”

An international 2013 study on stock investors showed that those exhibiting a confirmation bias were more likely to be more overconfident with their decisions, have higher expectations of their performance, and trade more frequently. Consequently, they were more likely to obtain lower realised returns, and to make more mistakes.

You’re not an accurate judge of skill

A recent international study has coined a new term called the ‘equality bias’. The study asserts that people are more likely to change their answer to accommodate the group, even if it’s the wrong answer.

The experiment was conducted by having two players play a simple game in which they view two successive images. One of the images is slightly different, and together they have to choose which one it is. The study goes on to show that despite it being obvious that one player is better than the other, they were more likely agree with the negative partner.

The study concluded that we give other people’s opinions as much weight as our own, despite the obvious difference in skill – all for the sake of appearing fair and equal.

The problem is magnified even more in larger groups, with individuals reporting more stress, miscommunication and struggle in trying to appease everyone in the group.

There’s also the problem where we overestimate our own or other people’s abilities based on perception, also known as the Dunning-Kruger effect. We all know that person- the one who’s scanned a couple of headlines, or attended one seminar, and think they know everything about a subject. But they speak with such confidence that you can’t help but believe them anyway.

This is why the science of body language is so important. How we process information is entirely dependent on how we receive that information. And ironically, the loudest and most confident voice tends to be the most incorrect.

Captainitis is the logical fallacy where subordinates in a group blindly follow orders based on someone’s perceived authority. This is a well-documented psychological phenomena as Shari Fisinger explains.

“Leaders who make it a practice to draw out the thoughts and ideas of their subordinates and who are receptive even to bad news will be properly informed. Communicate downward to subordinates with at least the same care and attention as you communicate upward to superiors.”

You ride out a bad decision

It’s hard cutting your losses. It’s hard taking risks. The combination of these two factors create what is known as the Sunk-Cost fallacy, otherwise known as the Concorde fallacy, named after the infamous multi-million aviation project between Britain and France that lasted for decades, and ended in disaster. All because both governments refused to back out due the resources already invested.

Economists will recognise the term ‘sunk-cost’ as an investment that can never be recovered.

The completely logical and rational mindset is to accept the loss in investment and move on, but this is where your mind traps you. You have to see some sort of return of investment even if it’s worth nothing. A research paper by MIT uses the example of buying a non-refundable pre-paid ticket to the opera. On the night itself, you don’t feel like going anymore, but despite logically knowing that you can’t get the money back, you will still feel compelled to go. Even though you know you won’t enjoy the night out and would benefit more from staying at home, you choose to go for the sake of your sunk investment. The Sunk-Cost fallacy is partly fuelled through our subconscious desire to prevent losses rather than to make gains, otherwise known as loss-aversion.

This means that subconsciously, when given a choice between the two, we tend to choose the safe path of fewer losses rather than taking risks for potential rewards, no matter how much we could gain objectively.

Sometimes it can be difficult trying to distinguish between planning and doing, even though on the surface it seems simple enough. The trouble is that whenever we feel like we’ve succeeded, no matter how small a success it is, the brain rewards us with dopamine, the chemical responsible for pleasure.

The issue is that the brain cannot distinguish between the priority in goals. It’s easy to trick yourself into believing you’ve succeeded in doing something, when in reality, you haven’t really made any progress.

Here’s an example: writing an in-depth SEO analytics report is planning, actually implementing it and creating content is doing.

While no one here is arguing that planning isn’t a vital step, you should avoid growing complacent with just planning alone. Too much planning runs the risk of being indistinguishable from procrastination. The mental trap of constantly planning also stems from the imaginatively-titled Planning fallacy. Multiple studies have shown that people consistently underestimate the amount of time or resources it would take to complete any given task, especially ones of immediate urgency.

“Don’t wait until everything is just right. It will never be perfect. There will always be challenges, obstacles, and less than perfect conditions. So what? Get started now. With each step you take, you will grow stronger and stronger, more and more skilled, more and more self-confident, and more and more successful.”

It’s a dangerous place for any entrepreneur. To constantly feel rewarded for planning but not doing, and always waiting for the right conditions, and of course the profound fear of failure; all of this amounts to someone stalling, and ultimately, achieving nothing.

Believing the odds are in your favour

Entrepreneurs, just like everyone else, notice patterns, and often mistakenly believe they are somehow important or significant in some way. The Gambler’s fallacy is the when an individual tricks themselves into believing that they are ‘due’ for a win or a loss based upon a previous streak of wins or losses.

Imagine you’re flipping a coin, and it lands heads up five times in a row. You’re more likely to believe that the chances for tails to come up next have risen because it’s ‘due’, when in reality the chances remain 50-50.

Neglect of probability, as you’ve probably guessed from the name, is the inability to factor in objective facts when making a decision. Believing that there are only two outcomes, both with a 50-50 chance of happening.

As previously mentioned, how we process and retain information is dependent on how we receive that information. Our brains are inherently faulty when it comes to retaining information.

Our minds are more likely to remember song lyrics, or anecdotes in favour of objective statistics.

In a 2003 study, researchers told subjects about how they should not wear seatbelts, with stories as evidence. These included a woman who was trapped in her car and drowned, another about how they couldn’t escape the burning vehicle and died.

With only this anecdotal evidence to go by, the subjects concluded that seatbelts were just as likely to kill you in an accident as save you- despite the objective evidence to the contrary.

As an entrepreneur you’re tasked with making tough decisions everyday. So it’s vitally important that you make the right one, as one wrong move can prove to be a very costly mistake.

Hopefully this helps you to start thinking outside of the box now that you know what the box looks like!

These mental traps are these and are very easy to fall into, but these strategies suggested can help you get out of them and develop the very important skill of being a critical thinker.

If you found this post helpful then please comment and share it to any of your friends that you think are stuck in a mental trap and need a little bit of help!

Jonathan "JC" Chan is the first Content Crafter at Foundr Magazine. When not writing about anything and everything to do with startups, entrepreneurship, and marketing, JC can be found pretending to be the next MMA star at the gym. He has also contributed to outlets such as Huffington Post, Social Media Examiner, MarketingProfs, Hubspot and more. Make sure you connect with him on LinkedIn!